Stephen Howard has written several books in the genres of science fiction, fantasy, and horror. Fear in Appleton is a paranormal horror novel, Frankenstein’s Confessional is a collection of short stories and one novella, all in the horror genre. His latest, Fabled Circus, combines fantasy and science fiction with horror and is slated for publication at the end of 2014.

He teaches English in California where he lives with his wife.

I do a little of both. I feel the need for some structure to get a grasp of the overall flow of the book, but then within that, I allow for the story to unfold.

They oftentimes do, the little monsters! Seriously, I will allow the characters to make choices based on what drives them.

My favourite would have to be pizza. It’s like me: a number of layers tossed together on a crispy surface that together surprise and delight (I hope; just joking, of course).

I have become a morning person due to the schedule enforced on me as a teacher. Thus, I’ve become accustomed, even on days off, to getting work done early.

I’d like to go to Spain. The reason is my wife and I like to travel to a foreign country every summer, and the plan for the next one is to visit Spain.

Since I write horror, fantasy, and science fiction books, I create my own worlds. I’ve always been fascinated with the creative process that can spawn whole new places that live by their rules.

I listen to film soundtracks. That kind of music inspires me to think cinematically. 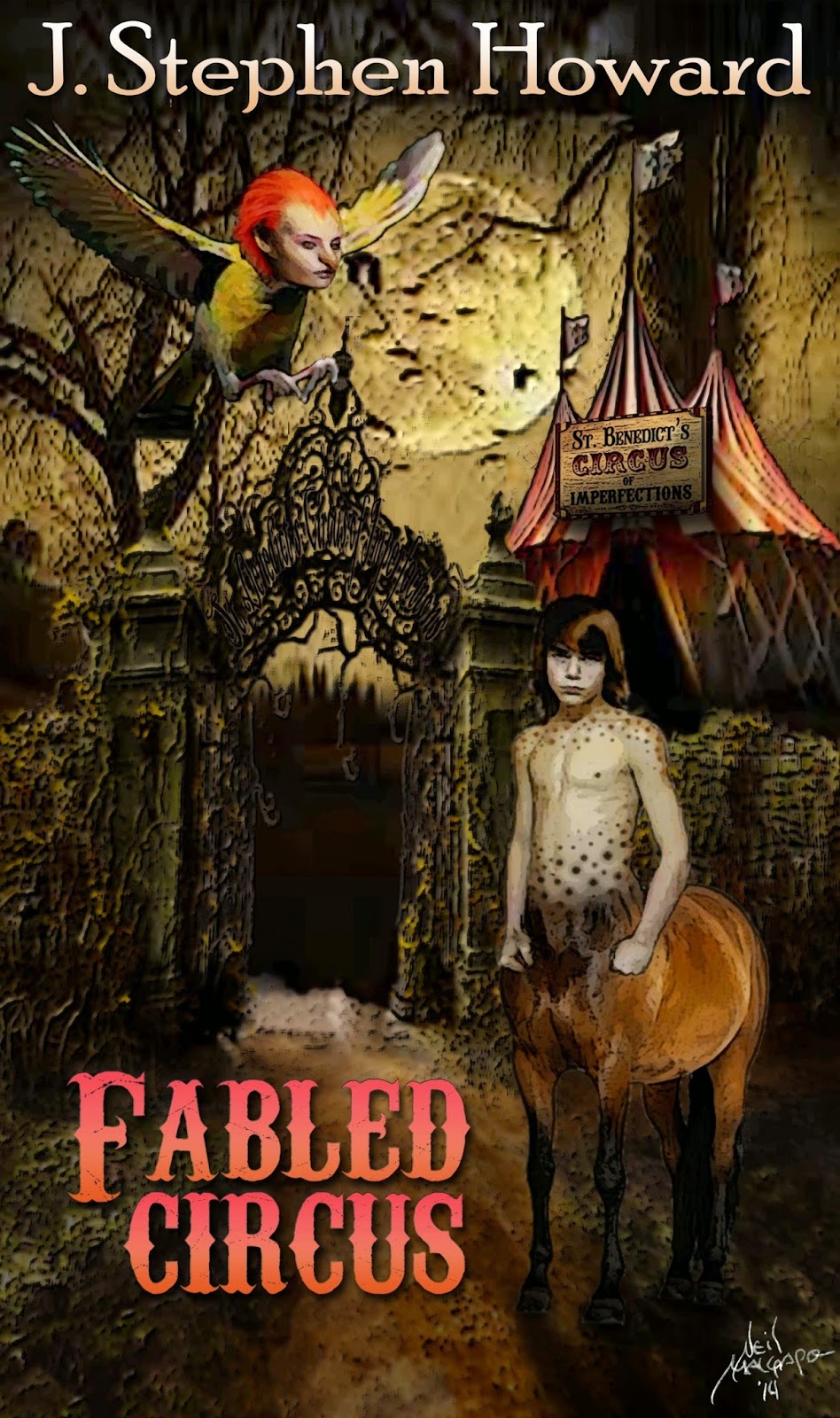 Fabled Circus, like the characters inhabiting its pages, is a genetic hybrid of fantasy, horror, and science fiction. At the center of the maelstrom is a twelve-year-old named Teddy. In the year 2082, if you have two different-colored eyes, you stand out as something that needs to be fixed. His father, with his right clubfoot twisting body and mentality, has warped his son’s view of himself.

Fleeing the horror scene that was his home, Teddy initially finds refuge in the orphanage, St. Benedict's Home for Boys. But when he believes the police are looking for him, he hitches a ride in the circus trailer parked outside.

His life will never be the same under the Fabled Circus tent where Chiron the centaur and Aello the harpy inspire him to fully realize his identity. Friends like Isaac from the orphanage, whose smart mouth keeps him from ever getting adopted, and Corliss, who ran away from her rich adoptive family to find and be with her real parents at the circus, give Teddy a sense of belonging that he never felt before.

But the sinister underpinnings of Fabled Circus, responsible for genetic mutations like Chiron and Aello, will draw Teddy into its tangled mystery. Once he learns the secret, he'll be fighting more than the ghost of his twisted father.

I’ve learned it’s a multi-layered, multi-stepped process. There are different sides that call upon you to wear different hats, and you can’t get stuck wearing just one of those. For example, you can’t just be the creative type (although that’s the most enjoyable hat to wear); you also have to think about the promotion side.

I would not do anything differently. However, I do try to improve with each book I write. So, I learn by writing and also reading more.

Stephen King, Ray Bradbury, Dan Brown, and J.K. Rowling, among others, have inspired me with their incredible talent.

I would say find what you like to write about, and stick with it! I’d say push the boundaries if that’s what your muse is telling you to do. If you do that, make sure there’s a good reason. I had someone tell me I shouldn’t complicate my “first book” with too many characters, and I should follow established rules. However, that goes against the nature of my style.

My favourite books are the Harry Potter series by my favourite writer, J.K. Rowling. She can create a believable world with such depth, you never tire of exploring it.

Under the Fabled Circus tent, the world is a circus, and our genes are the clowns.

Fear in Appleton (horror) and Frankenstein’s Confessional (horror: collection of short stories plus a novella). Both are available on Amazon/Kindle.