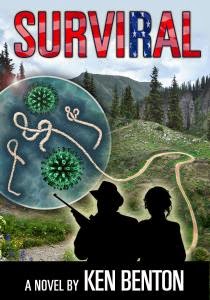 The deadliest flu season in a hundred years is about to turn a whole lot deadlier. When an accident at a famous medical research facility lets a mutated avian flu strain out, a nightmare scenario unfolds.  Before authorities can react, millions are infected—and that’s just the beginning. The mortality rate exceeds 80%. Leaders and elected officials soon learn the man-manipulated virus respects neither rank nor stature. The resulting chain reaction leads to a collapse of modern society—even in Colorado, where no cases of the killer strain have yet appeared.

Clint Stonebreaker, a happily-married software engineer living in Denver, doesn’t like watching the news. He especially doesn’t let Jake, his wacky doomsday-prepping brother, watch it when he visits. But when chaos goes viral through the entire country, Clint and his wife Jenny are forced to acknowledge reality. They find themselves hitting the road with their gun-enthusiast neighbor to escape the deteriorating city. Their goal? Reaching Clint’s hunting cabin in Southeastern Colorado and trying to make a homestead of it.

They don’t get far before running into a gauntlet of obstacles. Colorado seems to have become a giant sociological experiment, with dire consequences for making the wrong decisions. The spirit of American resolve is pitted against the ugly realty of criminal opportunism in every direction they turn. Ironically, Clint isn’t sure which is worse: being forced to survive in the midst of civil unrest, or knowing he’ll have to admit to Jake that he was right. Assuming he can find him…

Because Harold and Barry were both light sleepers, they decided Clint should take the first “watch.” It was only prudent for someone to stay awake and keep an eye on the cars, as well as the personal belongings Barry and Shay had to unload in order to fold their rear seat down for their makeshift bed. Harold would relieve Clint in a couple hours, and then Barry would take the last shift. Barry assured them he would be awake in the wee hours anyway.

“There is one thing that concerns me,” Barry said. “I’d feel better if our perimeter was more …secure.”

“I know what you mean.” Harold scanned their surroundings. “Well, we could move the cars to fence us in better.”

Harold and Barry adjusted the two wagons so they were back to back, overlapping just a little. They decided it was good enough and everyone but Clint retired to try and sleep.

Clint sat in the comfortable canvas chair he brought along and gazed at the night sky. The smell of campfires was still heavy and the stars were out. He thought about Jake. Jake always liked the stars. Clint checked his cell phone for the twentieth time, but there were still no bars.

Jenny came out of the tent. Clint expected her to come over and kiss him goodnight, but instead she scurried to Harold’s tent and called him. The two of them talked in low voices before Harold got up and walked to his car. He came back with a small vinyl bag and handed it to Jenny. She thanked him and they both went back inside their tents.

Clint could still hear bits and pieces of conversations from the other campers. Not enough to understand the exchanges, but he picked up certain words that gave him the gist of the topics being discussed. Everyone was trying to go somewhere. People were concerned about their own safety, in addition to the safety of the ones they were going to see. Complaints about phones not working were also popular. Clint realized he and Jenny were in the same predicament as everyone else. Barry and Shay, too. They were nice folks. Good thing Clint picked this spot, so they could partner up with them for the night.

Clint caught himself nodding off twice. He eventually decided to move to the picnic table to prevent any further occurrences. Harold got up and relieved him shortly thereafter. He had a book, and turned the lantern back on so he could read.

Inside the tent, Jenny was sleeping lightly. She rustled as Clint found a comfortable position next to her. That’s when he noticed the vinyl bag Harold gave her was partially unzipped. He couldn’t be certain in the dark, but it looked to contain one of Harold’s pistols. Clint wasn’t sure whether that should relax him or make him nervous.

It must have relaxed him, because the next thing he knew it was morning. The sounds of people talking—along with car doors shutting and engines starting—caused his eyes to open and find sunlight.

When he and Jenny crawled out of the tent, Harold was talking to Barry next to his brown Volvo. Barry and Shay were packed up already, and apparently about to leave. Shay waited in the passenger seat. Clint and Jenny approached them.

“Good morning!” Barry said “The roads have reopened. Here.” He held out a piece of paper. Clint took it. There was writing on it.

“That’s the name, address, and phone number of Shay’s sister in Pueblo. If you need anything, or have any trouble travelling, feel free to contact us there. Or, if you happen to find yourself in Pueblo, stop by and visit.”

Clint was still groggy as they said their final goodbyes. He wished he had a cup of coffee. They had a bag of grounds packed away, but no practical way to make it.

Barry got in his car and joined the crowd of vehicles that were all attempting to leave at the same time. He first tried to wedge his way into the line, but then seemed to have an inspired notion. He turned and drove right through the trees to get to the side road, his windshield acquiring a small pine branch in the process. Several other cars then followed his example.

“We might as well wait until this clears out more,” Harold said. “Go ahead and use the bathrooms if you need to. I’ll start packing up.”

Harold had everything loaded when Clint and Jenny returned from the restrooms. The field cleared out fast and was nearly vacant by now. Unsightly patches of burned grass marked the sites of last night’s campfires. One of them was still smoldering.

“Are we ready?” Harold said. He appeared to be in good spirits.

They took one final look around before climbing into the car for the road trip. Clint was hopeful of a reunion with his brother before this day was through. Harold started the engine and put the car in gear. 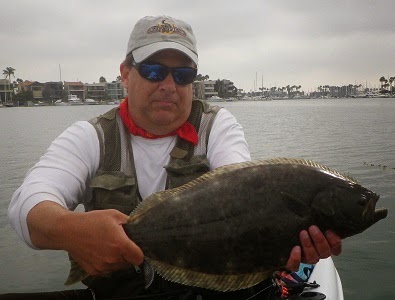 Ken Benton appears to be your run-of-the-mill city slicker at first glance, blissfully playing with his iPhone at the bar of the local barbeque joint while sipping on craft-brewed IPA. But he has a secret passion: doomsday survival prepping. And if you ever snuck up behind him to see what he was reading, it would likely be one of those apocalyptic-survival stories set after the collapse of modern society. Yes, he’s one of those nuts. But someday soon, Ken believes, those nuts may become the new upper class in society. Until then, we’ll just have to make do with story-telling. And preparing. Cheers.