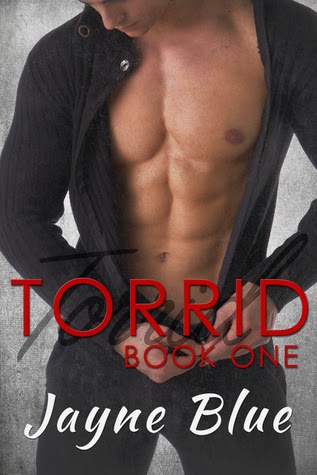 Sometimes, the thing you want belongs to someone else…

Jack - Once upon a time I had everything. The perfect family. The perfect life. In one horrible year, it went away.  I can never have it back but I can hurt the man responsible for taking what was left. I know how to steal something even more important from him. He doesn’t see how she looks at me instead of him. I can make her burn for me, make her addicted to me before I send her back.

And it will be so easy.

Tora - I’ll cross any line to get to the truth, no matter who I have to hurt. I don’t have a choice. I’m not afraid to use sex to get what I want. I know you think that makes me a whore. But until you understand what’s at stake, you can’t know.

Don’t judge me until you do.

Sometimes, you have to take what you want no matter what it costs.

Jack leaned in the doorway of the study giving me a cool smirk and my blood simmered. I’d been so careless. My mind spun, trying to weave the lie that might satisfy Jack as to why I was in this room alone. I didn’t belong here and he knew it. Seth accepted my lies so easily. Jack, I suspected, was a different species altogether.

“You seem to have a habit of sneaking up on me,” I said. He was casual, I would be too.

“You seem to have a habit of sneaking off,” he said. He moved away from the door and came toward me.

“She didn’t like me very much, your stepmother,” I said. I would stick to as much of the truth as I dared. He doesn’t know anything, I reminded myself. Until five minutes ago, I’d been careful.

“Me either,” Jack said. He was no more than a foot away from me. He had his hands in the pockets of his dress pants, making his suit jacket lay open. His crisp, white shirt stretched across his broad, strong chest. “Were you not good enough for her little boy, Seth?”

I sat back on the desk, crossing my arms in front of me I let my bare feet dangle. I had tossed my shoes in a heap by the door. Out there, I owned the dress Seth made me wear. It served my purpose to act as his trophy. In here though, it was just Jack. And he had a way of looking through me that made me feel naked.

“I didn’t know her very long,” I said. “She barely knew me before she died. I didn’t take her opinions personally.”

When Jack smiled, his eyes flashed. “You think you would have survived if she had?”

“I mean...how long have you been engaged to Seth? Two months, three? My guess is she was just starting to do her number on you.”

“Maybe,” I said. “But, like I said. I didn’t it take personally. I find a lot of people make assumptions about me at their peril.”

Jack nodded. “I think I can see that.”

“So what were you hoping to find by sneaking off back here?” I said. The second I said it, I knew I’d found my hook. Jack’s eyes darkened.

“Just looking around,” he said. “You know this wasn’t originally Miranda’s house. My father bought it for my real mother just a few months before she passed away. We never lived here though. It needed renovations. Miranda ended up doing them. What do you think of the place?”

“It’s big,” I said. A pulse beat toward Jack’s throat and I wondered if that was his tell. It beast faster as soon as he started talking about his real mother. “I think I would have gone with a more modern, less ostentatious flare.”

Jack nodded. “Maybe you’ll still get the chance. That’s what you’re after isn’t it with Seth? The money. The house. That’s the rumor everyone’s spinning.” His words were cruel but his eyes held mischief.

It was bait I was smart enough not to take. So, I cast my own. “What are you after? Seth got everything didn’t he? The money. The house. But you...you’ve always done fine on your own haven’t you? What could Seth possibly have that you still want?”

I smiled and tucked my hair behind my ear. Something in Jack’s expression shifted when I did it. He froze, the smirk melted off his face and a shadow came over him. He moved in close and cupped his hand around the back of my head, tilting it sideways. His breath was hot against my cheek. Until now, it was Miranda’s scent, Miranda’s presence that filled my senses in this house. In an instant, Jack Manning wiped all of that away.

I misread the gesture as he came close to me. Or maybe I didn’t. But, when Jack’s skin touched mine, it ignited something that I’d known was there from the second I saw him.  My flesh burned hot where he touched me. I took in his clean, musky scent. My eyes locked with his. His brown eyes widened and flashed, seeing something in mine that he maybe hadn’t expected.

I could say I don’t know why I did it. I could say it just happened. But that would be yet another lie. I wanted him. I wanted something that was real even if it was just for one moment.

Jack brushed my earlobe with his thumb and I brought my hands up, sliding them across his shoulders and up along the back of his neck. I drew him down to me and brought my lips to his.

There was the slightest tension in his arms but then he responded. Jack pulled me against him so every part of me touched him. I might have been naked since I had only the thin silk of my dress protecting my skin from his touch. His chest was firm and warm, his skin hot under my fingers as I drew him down even closer. As I pulled him forward, his weight pressed me further on the desk. He kissed me back slow and deep, his tongue probing, his lips a feathery touch against mine. He was holding back. When he finally broke away, the pulse at his throat beat furiously. My chest heaved as I tried to catch my breath.

Jack didn’t say anything but kept his eyes locked with mine until he took two steps backward and turned toward the door. He took the knob in his hand and for an instant, I thought he was leaving. Instead, he quietly closed the door and engaged the lock. Then, he turned back toward me, his eyes smoldering. Heat flared between my legs as he came back to me with four strong strides.

Like most authors, Jayne’s been writing stories all her life in her head and trying out dialogue into her steering wheel.  Her goal is bringing to the page strong heroines, snappy dialogue, interesting predicaments and overall good stories. Throw that all in with some scorching sex scenes and she’ll call it a day.

Jayne’s real life is far less daring. She and her husband and are in the process of rearing a small herd of children. In between her “day job” as a lawyer and media consultant, Jayne has acted as band mom, theatre mom, football mom, wrestling mom and taxi service. Her favorite “homemade” dishes usually have a Costco label on them somewhere.

Jayne lives in the beautiful Irish Hills area of Michigan on a lake where her interesting neighbors always keep her entertained, her husband makes his own wine, and the fish are always biting.