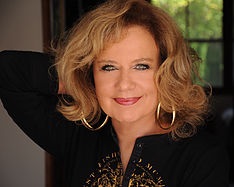 Stefanie Stolinsky, Ph.D. is a licensed psychologist and forensic psychologist with a private practice in Beverly Hills, California. She specializes in trauma, adults sexually, physically and emotionally abused as children, and PTSD. She is an international speaker and has taught training seminars in overcoming the aftereffects of child abuse. She has also taught licensing examinations to candidates for both marriage, family and child counseling and for the psychology licenses.

She began her career as an actress in motion pictures, television and stage and created a unique therapy combining acting exercises with psychodynamic psychotherapy to help survivors of all kinds of trauma overcome the aftereffects of abuse. The first edition of "ACT IT OUT" was a top seller for over nine years. A second edition of the popular book was launched in April of this year and is available on Praeclarus Press, Amazon, and Barnes and Noble.

She is also the author of several award-winning short stories including her newest short story anthology, DATE NIGHT, and numerous comedy mystery. Dr. Stolinsky lives with her husband in Los Angeles. 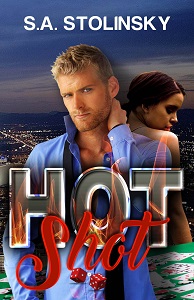 Payback is a powerful thing...

Actor and bartender, Tyler West experiences a sudden streak of luck -- winning poker games. Determined to change his life, he enters the World Series of Poker. His life is suddenly turned upside down when the Russian mafia fronts him 1.5 million dollars to play at the tables. And then...he loses…

Now on the ride of his life, deceit and deception are his key to uncovering the truth. He must recoup the money, but will it come at a price? Can he stay alive long enough or will his time run out?

Basically, I think a great outline is important, just so I know where I’m going with the characters and the story.  Without unique personalities, your character cannot react to an inciting incident (something unusual and unexpected that happens to him or her) in a believable way.  So I try to figure out a backstory for each character, then put them into the plot where their character will be impacted the most and see how they dig themselves out of their situation.

My characters DO take over the story. It’s their story.  Each person reacts to the situation in a unique way and that makes the ending interesting and sometimes unexpected.

Probably spaghetti and ravioli.  I am half Italian and my mother made the best spaghetti I’ve ever eaten.  She put sugar in the sauce along with whipping cream and that was scrumptious.

I used to be a night owl.  But now I find that early morning working is much more energetic and productive.

I actually am a traveler.  I can’t stand staying in Los Angeles during Christmas, it just isn’t Christmas-y so I usually go to France or somewhere in Europe to enjoy the festivities and all those lights. Last year I took a Viking Cruise to Germany, Austria and Hungry to see the Christmas markets and it was wonderful.

Not yet, but they will.  I intend to send Lily Handy all over the world in search of something that will break a mystery.  I see in the best-sellers that many authors have made their stories more global and I think people love to visit (in print anyway) exotic locations and learn about other cultures, food, and personalities.

I didn’t, but now, suddenly I do.  I love Wagner, show tunes and romantic lullabies.  They really put me in the mood to write.

HOT SHOT is the story of degenerate gambler, Tyler West, a gorgeous, 33-year-old bartender who discovers he has quite a knack for poker. When he simply never loses a game in a tournament, the Russian mob decides to trust him with 1.5 million dollars which they are actually laundering through the gambling venue.  Tyler thinks it’s strange to be getting such a large sum, but when someone is a real gambler, they don’t look too hard at where the funds come from.  When he loses the money, he knows he must pay the mob back or suffer the consequences.  Like many gamblers and addicts in general, he looks for people to blame and he decides it’s the casino’s fault he lost.  He devises a plan to steal back the money from the casino where he’s lost it, and pay them back with their own money.  What he hasn’t counted on are the Indian nations reactions to his plan and the FBI infiltrating the theft, giving him marked bills to return instead of what Tyler and his buddies actually stole.  The consequences of that little gig put him in even more hot water, especially with his girlfriend, Teresa, who he finds in the end he loves more than his habit.  Teresa, however, helps him not only discover true love, but unselfishness as she twists the plot even more.

That it takes time to create an outline that fits like a puzzle.  That the story must center around a character who really has something to lose and something to gain.  Reading my favorite authors has pushed that home for me more than anything else.

Yes, I think that with the knowledge I have now I would create the one, seminal scene that pivots the story, first.  And then create the rest of the story around that.  In other words, a quiet, meek little person MUST turn their life completely around when a dead body shows up on their doorstep.  In order to prove their innocence, they have to get tough, mouthy and confident.

My parents certainly did.  My father was a writer of non-fiction for the labor unions back in the day. He had had a stroke and had been a motion picture producer and director.  Once the stroke happened, however, he could no longer work long hours in hot sun on a set and instead, sat down and wrote his main book, ARE UNIONS NECESSARY and then went all over the country selling it at union conventions.  He supported his family that way and I’ve always held him in the highest respect for never giving up and never letting us or himself down.

Keep truckin’.  The second you give up, you have nothing to sell.  Find stories, write, write, write and keep submitting.  What you have to say is very important no matter what genre you’re in.  As my acting coach, Jack Garfein, used to say, please stand up and give yourself a huge applause for just getting into this business.

There are so many favorites, but one of my favorite/favorite authors is Robert Parker.  I went through all 50 of his books so fast I had to read some of them again!  I just love the hopefulness and fun of his style of writing.  I also love Ray Chandler, Dashielle Hammett, Mikey Sillane and Max Allen Collins, Donald Westlake and everybody’s favorite, the early works of John Grisham.

Tyler West, a 33-year-old bartender with a special talent for winning at poker, discovers love trumps gambling when he, his girlfriend and his two best friends pay back a 1.5 million dollar gambling debt by using wits and a talent Tyler didn’t know he had.

My first book was a non-fiction, how-to book entitled, ACT IT OUT: 25 Expressive Ways to Heal from Childhood Abuse.  It was published by New Harbinger Publications, Inc. in Oakland and lasted on their bestselling roster for 9 years until a second edition was picked up by Praeclarus Press and is currently out under their company.  This book was part of my Ph.D. dissertation and I began it at UCLA to help adult women sexually abused as children help themselves to heal through acting class exercises combined with psychodynamic psychotherapy.  To my knowledge no one else has ever combined these elements to help survivors understand and take control of their lives.

My non-fiction incudes my comedy/mystery COUNTERFEIT LOTTERY, the first of three books in a series involving would-be actress, Lily Handy, who finds her abilities in acting are better suited to helping the cops, the FBI, MI 6 and Homeland security uncover criminals through Lily’s unique way of creating histories of these bad-guys and profiling them for the authorities.

I also have an anthology of short stories entitled DATE NIGHT which are currently being turned into scripts for a possible television series.  The first story was featured in Sherlock Holmes Mystery #8.

I have two websites.  One for non-fiction: www.act-it-out.com.  And one for fiction: www.sastolinsky.com.

a Rafflecopter giveaway
at November 24, 2016