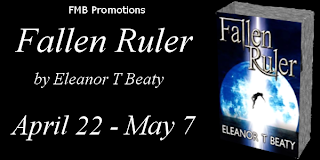 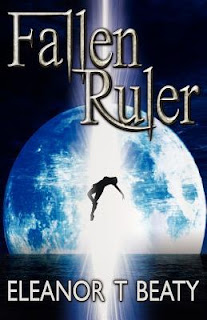 For sixteen years, Lya, has lived as a normal human, until her father, Walter, gets involved with the wrong people and puts Lya’s life at risk. During a visit to Miami, Lya’s older sister is kidnapped, and Lya and her father are subsequently taken hostage by Walter’s associates and forced to board a plane to India. When the plane lands in Delhi, Lya is rescued by three monks and taken to a Monastery. There her reality is shattered, when she learns the true identity of her rescuers and, even more surprisingly, herself. Lya is now faced with the toughest decision of her life. Can she live up to her ethereal destiny and save her family?

A lush garden, with ancient ficus trees, surrounded her grandmother’s cottage in the Grove. The tall trees’ cascading aerial roots had terrified Lya when she was small. At night they turned into huge monsters with scary faces. Nee had come up with the perfect solution to make her feel safe; she'd placed three angels with chimes in the garden to guard the house. These angels didn’t have wings or names. They were but blue wooden silhouettes.

Nee’s gates stood open. The mango trees in her garden were loaded; the sweet scent of ripe fruit permeated the driveway. There would be mango bread for tea. Her seventy-year-old grandmother opened the door dressed in an orange Sari. Her shoulder-length gray hair was pulled back in a ponytail, which brought out her almond-shaped brown-green eyes.

Abhaya, Lya’s Indian name meaning “fearless,” had been given to her by a nurse at the Delhi Hospital the day she was born.

Nee looked past her. “And Utpalini, has she escaped?”

Utpalini was Andrea’s Indian name, given to her by Nee. “More like bolted, while I dozed.”

Lya felt bad about her sister’s treatment of Nee. Andrea considered her an embarrassment, an outdated hippie who should be put out of her misery.

The aroma of mango and dough drifted through the house. Nee’s cottage had beautiful art pieces collected during her travels. The Russian icon of a Madonna and Child and the bronze Buddha sitting on his wooden pedestal were Nee’s favorites.

“I set tea in the garden with the angels.”

Lya smiled to herself. As soon as they stepped out, the chimes rang in welcome. Lya bowed and thanked the angels. She still hadn’t figured out how her grandmother rang those chimes on cue. There were no wires. Three places had been set on the old picnic table under the golden raintree’s cascading canopy, now lined with yellow flowers. Lya sat facing the house, knowing her grandmother liked to face the angels.

Lya shrugged. “Ok. I didn’t sleep much. The plane was full.”

Her grandmother poured the tea. “And your father?”

“He caught a flight to headquarters. He’ll be back tonight.” The company’s headquarter was in New York City.

Her mother, Carla had stayed behind to pack up the house. Or so she said. “She arrives next week.”

“How is everyone dealing with the move?”

“Well, it varies. Mom’s upset; she didn’t want to leave Brazil. When Dad announced the move, she said she didn’t care where they went, since anywhere with Dad sucked.”

Nee’s eyebrows shot up. “I thought things had calmed down.”

“No. I think it’s gotten worse between them. They weren’t fighting as much because they kept out of each other’s way. Both Dad and Andrea are furious over the move. Dad thought he’d get something like Paris after Bolivia and Brazil, and not another underdeveloped country like India.” 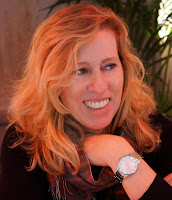 Eleanor T. Beaty is a Young Adult Paranormal author. A worldly person born in beautiful Brazil and spent much of her childhood in several places (Argentina, Switzerland, and the US to name a few). She holds a BA in English Literature and is published in both Brazil and Turkey.


Eleanor loves spirituality and magic - both have allowed her to gain a strong grip on life and enjoy what it has to offer. She believes that everything has a reason and understanding those reasons help us deal with the difficult moments. Eleanor currently enjoys life with her husband in Brazil.
Website | Facebook | Twitter | Goodreads