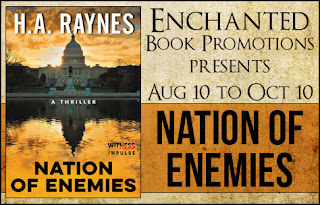 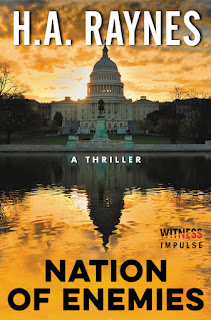 It’s all about the genetics. DNA. Black & white.

A decade ago the U.S. government mandated that all citizens be issued biochips containing all of their medical information and an ID number indicating a person’s health. Then they made the information public—the implications of which are wide-spread and devastating.

Now on the eve of the 2032 presidential election, the country is deeply divided and on the brink of civil war. But as the two major political parties face off, innocent Americans are dying at the hands of masked terrorists. When the Liberty Party’s presidential nominee is assassinated in a highly-coordinated, masterful attack, it sets off a chain of events that will change the course of history and leave America’s inalienable rights—life, liberty and the pursuit of happiness—dangling on the precipice of extinction.

It’s hard for Lily Fitzgerald to believe that only a month ago they were on a ship to London, only to be denied entry. Now thirty-four weeks pregnant, she rests her hand atop her belly and sets her feet on an unpacked box of pots and pans. Early morning sun fills the room as she sits at the kitchen table checking email on her tablet. She shifts uncomfortably in the maternity jeans she’s come to loathe. The baby moves and a bit of Lily’s belly juts out. An elbow? A foot?

Their failed attempt to immigrate brought her to a dark place. Since the moment they scanned her belly, she’s questioned everything. If it weren’t for the baby, they might be living in England. And though she wants this baby with every thread of her being, she knows it’s selfish. After Ian was born, they debated having another child. It seemed wrong, knowingly bringing a child into war. But it didn’t stop her yearning. Finally, they decided to leave it up to Fate. Fate waited ten long years. Despite everything, she can’t wait to meet her daughter.

She’s promised herself not to cry anymore, and she needs to be strong for Ian. Cole says he’ll find a way around the MedID system, but she can’t imagine how. He also swore to keep them safe. When they’d disembarked in South Boston, he surprised her with a self-driving, bulletproof Land Rover waiting for them in the harbor parking lot. And instead of going to their wilting Victorian in Brookline, he’d taken them to a Safe District just west of the city. They’d been fighting this move for years, clinging to an old way of life in a beautiful, but decaying, neighborhood. Now they live in an unimaginative, mind-numbing, prefab house. Still, she has to admit that driving through heavily guarded gates into a community surrounded by twenty-foot walls is comforting. She actually lets Ian ride his bike down the street now. And Cole has abandoned his treadmill, his runs finally infused with fresh air. He must’ve spent most of their savings for their new life-in-a-bubble. The exclusivity of it all bothers her—most people can’t afford to live this way. But her children are safe here. So to hell with her guilty conscience.

The next email fills the screen with video of an animated woman. Her voice is eerily friendly. “Lily Fitzgerald, your daughter has a forty-eight percent higher chance of securing a clean MedID number if you address issues in utero. New life equals new opportunity. With embryonic intervention, your daughter won’t need to worry about major medical issues. Though you’ve entered your third trimester, there are still options available. Don’t wait until it’s too late. Call now to give your baby a healthier future.”

H.A. Raynes was inspired to write NATION OF ENEMIES by a family member who was a Titanic survivor and another who escaped Poland in World War II. Combining lessons from the past with a healthy fear of the modern landscape, this novel was born. A longtime member of Boston’s writing community, H.A. Raynes has a history of trying anything once (acting, diving out of a plane, white water rafting, and parenting). Writing and raising children seem to have stuck.

Win one of 10 ebook copies of Nation of Enemies