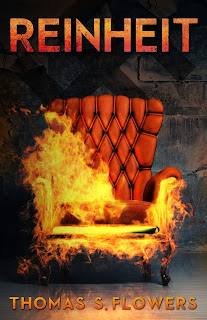 Rebecca Moss never questioned the purchase of the strange seductive armchair. She wanted to please Frank. But the armchair has a dark purpose. Nazi officer Major Eric Schröder believed fervently in Hitler's vision of purity. Now the chair has passed to Frank, an abusive thug who has his own twisted understanding of patriotism. There are those who want to destroy the armchair, to end its curse. But can the armchair be stopped before it completes its work?

The armchair moaned delightfully as Major Erich Schröder sat. Outside, the sun burst into the mountain ridge, filling the sky with brilliant orange and red flames. Schröder watched out the open window from his seat in front of a dormant fireplace. He poured a glass of Berentzen Doornkaat schnapps from the decanter he had brought with him from home. Helen had packed it for him, wrapped with last month’s funny pages. One of the strips discarded in the waste bin revealed a valiant rosy cheeked Dutchman named Conrad, demonstrating the power of solidarity in the factory workforce. The energetic and turbulent rhythm of Beethoven’s Ninth Symphony floated into the room from some far off record player in the barracks. Love this performance. Schröder closed his eyes and sunk farther into the armchair. The cool leather and haunting harmony of Beethoven set his mind at ease, comforting his weary bones. The comfort abated his thoughts, for the moment at least, of what lay ahead and the unordinary expectations levied upon his young shoulders by high command.


Expectations? he thought. God help us. Schröder lifted his glass and took a long gulp, biting down against the burning sensation crawling in his throat. Expectations… Horrible, horrible expectations… But it must be done. Himmler has given the order, and so it must be. Ein Völk, ein Reich, ein Führer. For we are one people, one nation, of one leader…

Schröder had believed in the vision for a thousand-year Reich ever since he was a young boy, serving in the Hitler youth movement, following in the shadow of Herbert Norkus, the child martyr. Schröder believed in his führer fervently and demonstrated so by enlisting in the Waffen officer program when he became of age. And that strong belief made him stand out from among his peers to become a full party member of the Schutzstaffel order, the dreaded and feared SS. And even after receiving his first orders, being forced to follow on the boot heels of the regular army into the Eastern Front, he retained his faith in the great commission, the plan to save Germany, to bring the Fatherland into rebirth, renewal, into purification…but at what cost? he wondered.

“Major?” called a strong male voice from outside the door, interrupting Schröder’s thoughts.

“Who is it?” asked Schröder. He took another long swig before rubbing the cold glass against his temple, struggling to abate the crest of an emerging headache.

Ah, yes, Braun. The thought of the handsome lieutenant was not unpleasant. Unlike the rest of the old reservists assigned to his unit, Braun was different, younger than Schröder, which wasn’t saying much. But Braun is local, Schröder recalled, just like the other swine. Well…the lieutenant must be the exception, proving not all of Lithuania is as ghastly as it appears. Perhaps there are some redeeming qualities, he thought with a hungry smile.

“Enter,” Schröder finally answered. His face returned to its narrow coldness. He brushed his short-cropped, wavy, blond hair to the side. He crossed his legs and stared into the fireplace, as if contemplating a fire.

The door opened. Schröder listened to the marching of feet coming to a halt directly behind the armchair. He guessed there were at least two men, uniforms flat as iron, brown as earth, with burning red armbands and swastikas on each muscular biceps. The last being a fantasy, of course, most of the men under his command were police reservists from the rural portions of the country, not at all the physique of physically disciplined soldiers. Well, except for Braun. He is most certainly fit. Schröder took another gulp from his favorite schnapps, quietly fantasizing Braun’s undergarments, waiting on either of the reservists to speak, but no one did. Only silence, except for the ice cubes ringing against his crystalline glass.

“What is it?” Schröder asked impatiently, his breath on fire. His head felt dizzy.

“For God’s sake, spit it out,” Schröder barked.

“The delivery, sir. It has arrived.”

“The cases of schnapps, sir.”

“Oh, yes, good,” said Schröder taking another swig, nearly killing the glass. “Assign a small detail and unload some of the boxes into one of the storage rooms. Keep the rest on the truck,” he ordered with heated breath.

“Use the quartermaster’s room, if you must. When you’re finished, have the rest of the company form up in the courtyard,” Schröder ordered. His mind began to drift between his nearly empty glass and the sound of crows squawking about outside the window, desperately searching for a place to nest before winter. A strong breeze found its way inside. The odor of pine and spruce filled his quaint personal quarters decorated with yellow flower wallpaper and a quaint single bed covered in soft linen sheets. An old quaint oak dresser and vanity sat next to the bed, and a small quaint circular kitchen table, also made of solid oak, sat on the other side of the fireplace. The burgundy leather Queen Ann high back armchair was last of the furniture.

Schröder waved his hand in his usual form of dismissal. He listened to the snapping of boot heels as the men shouted in unison, “Sieg, Heil!”

“I don’t want a bunch of questions about why we have the liquor on the truck. I want this done quickly and quietly, understood?” 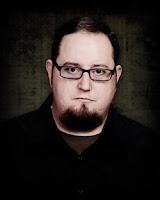 Thomas S Flowers was born in Walter Reed Medical Center, Maryland to a military family. He grew up in RAF Chicksands, England and then later Fort Meade, and finally Roanoke, Virginia. Thomas graduated high school in 2000 and on September 11, 2001, joined the U.S. Army. From 2001-2008, Thomas served in the military police corps, with one tour in South Korea and three tours serving in Operation Enduring Freedom and Operation Iraqi Freedom. While stationed at Fort Hood, Texas, between deployments, Thomas met his wife and following his third and final tour to Iraq, decided to rejoin the civilian ranks.

Thomas was discharged honorably in February 2008 and moved to Houston, Texas where he found employment and attended night school. In 2014, Thomas graduated with a Bachelor in Arts in History from University of Houston-Clear Lake. Thomas blogs at www.machinemean.org, commenting and reviewing movies, books, shows, and historical content. Thomas is living a rather simple and quite life with his beautiful bride and amazing daughter, just south of Houston, Texas.

2 Signed paperbacks (US and Canada)