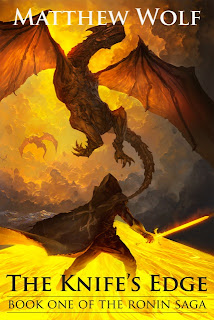 In a world torn asunder, where would you find hope?

At the same time, a young man discovers his best friend with a sword in her stomach and dark wings sprouting from her back.  Guards rush onto the scene, accuse him of the act, and he is forced to flee.

In a new world without his memories, Gray must find his way amid legends and darkness, as he wrestles with an elemental power inside himself.

A power all too similar to the infamous Ronin... 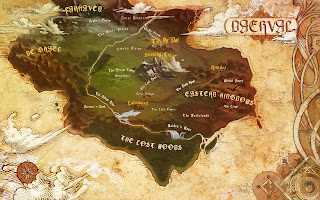 Matt Wolf was born on March 14, 1986 in Southern California.

At a young age, Matt had an unusual mix of passions; archery, herbalism, tracking, and everything to do with Japanese history and language, but he was always first and foremost a story teller and a writer. Early on, he wrote epic tales of mice inspired by Brian Jacque’s Redwall. Then at sixteen years of age he was roped into the world of young adult fantasy and from then on was utterly captivated; spending all-nighters finishing series like Robert Jordan’s The Wheel of Time, and Terry Goodkind’s Sword of Truth. Matt was also stirred by sights of the world. The rolling grass hills of Switzerland and the highlands of Scotland inspired much of the setting for the saga he would later write.

After graduating from high school, Matt moved to Oregon to attend Oregon State University. With the combination of too much solitude, breathtaking landscapes, and a heap of books, Matt began writing again and The Ronin Saga took form.