Book Spotlight & Giveaway: The Wolf at His Door by Adrian Lilly 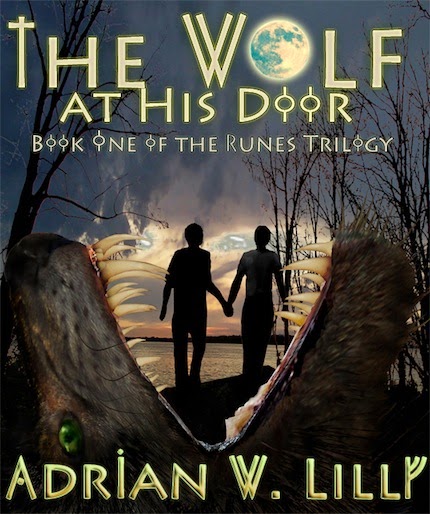 Twenty-one-year-old Alec Rune is annoyed when his older sister, Lucy, ambushes him with a blind date with her friend, Jared. But Alec is immediately attracted to the intriguing, intelligent young man.

But the past has claws...
Ilene Rune nearly collapses when she meets her son’s new boyfriend. His black hair and startling green eyes are the same as a man she knew years ago—an evil, violent man with strange powers.

The present has teeth...
Investigating a string of missing persons cases leads Detective Carmen Salazar into the dark world of fairy tales and fantasy—and shakes her belief in what is possible or imagined.

And the future is filled with blood...
Alec awakes from a coma with no recollection of the night his twin brother was torn to pieces. As a madman closes in on him and his family, can Alec learn the werewolves’ plan before his entire family is destroyed?

The Wolf at His Door (Book One of The Runes Trilogy)

Ilene Rune dropped her knees onto the soggy ground and steadied her camera as she prepared to snap a photo. Through the lens, she studied the composition, balancing the image with her keen eye. Winter’s frosty feet had already danced across the countryside, leaving mottled footprints of browns and grays. Driving through the countryside, she had spotted a bright red combine idled, possibly for winter. The contrast of the red against the barren field and stricken trees at the edge of the farm was magnificent. She snapped the shot then snapped it twice more with the aperture at different settings.

She rested back in the seat of the car and breathed the spring air. March was such a harsh month. She often had a hard time finding the beauty in the world when the light came so directly from the north and was filtered so heavily by a shroud of clouds. Her heart felt heavy and dark.

March. Is that all?

Ilene knew the lack of light was not the source of her dread and ennui. But she knew the real reason March maligned her: it was twenty-one years ago this month that she had considered killing her twin sons. Twenty-one years already? How time flew. And now? She and Jason were facing such difficulties. Again.

They were planning a trip to mark the re-awakening of their relationship—and the personal triumph of a gallery opening of her photography in New York. The trip, as Jason put it, would be the re-birth of their love. He recalled March fondly, thinking it was the time that they had learned to love and trust one another again. Ilene turned the car on and looked at the road cutting a straight, unbroken line into the gray landscape.

Men’s hearts were simple. They beat and moved and spoke little but hid little and felt little pain for their indecision. But women’s hearts were scarred and pot marked with a life of longing and aching and schisms between what they wanted to be and were expected to be. Freedom was a sharp dagger that cut a woman’s heart from the inside.

If he only knew the truth and darkness that twisted in my heart, he wouldn’t care to rekindle any love he may have ever felt for me. Ilene felt the dull pang of regret in her chest, knowing that dull daggers cut for the longest time. 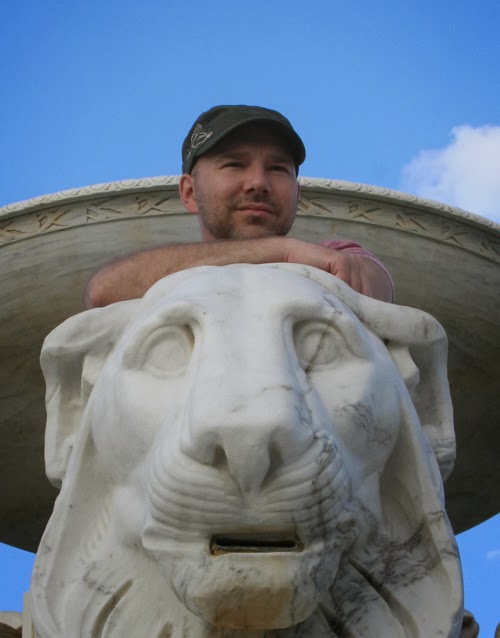 
Adrian W. Lilly is the author of the novels The Devil You Know, Red Haze, and The Wolf at His Door: Book One of The Runes Trilogy, and Book Two: The Wolf in His Arms. He is a fan of Gothic suspense movies and novels, which greatly influence his writing. Adrian's writing focuses on strong character development and the nuances of fear that build toward horror. The mansion in his first novel, The Devil You Know, was inspired by the grand mansions in the Victorian neighborhood where he lives.

Adrian writes novels, short stories, and poetry and has spent many years as a copywriter in the advertising industry. In addition, Adrian has directed two short films and co-directed a feature-length sci-fi comedy.