Book Spotlight: At This Stage by K.K. Weil 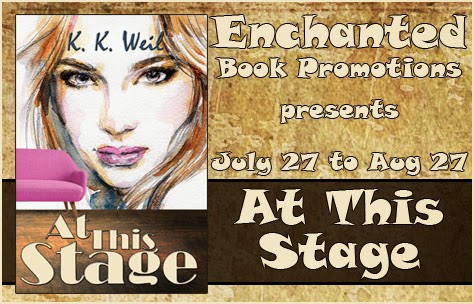 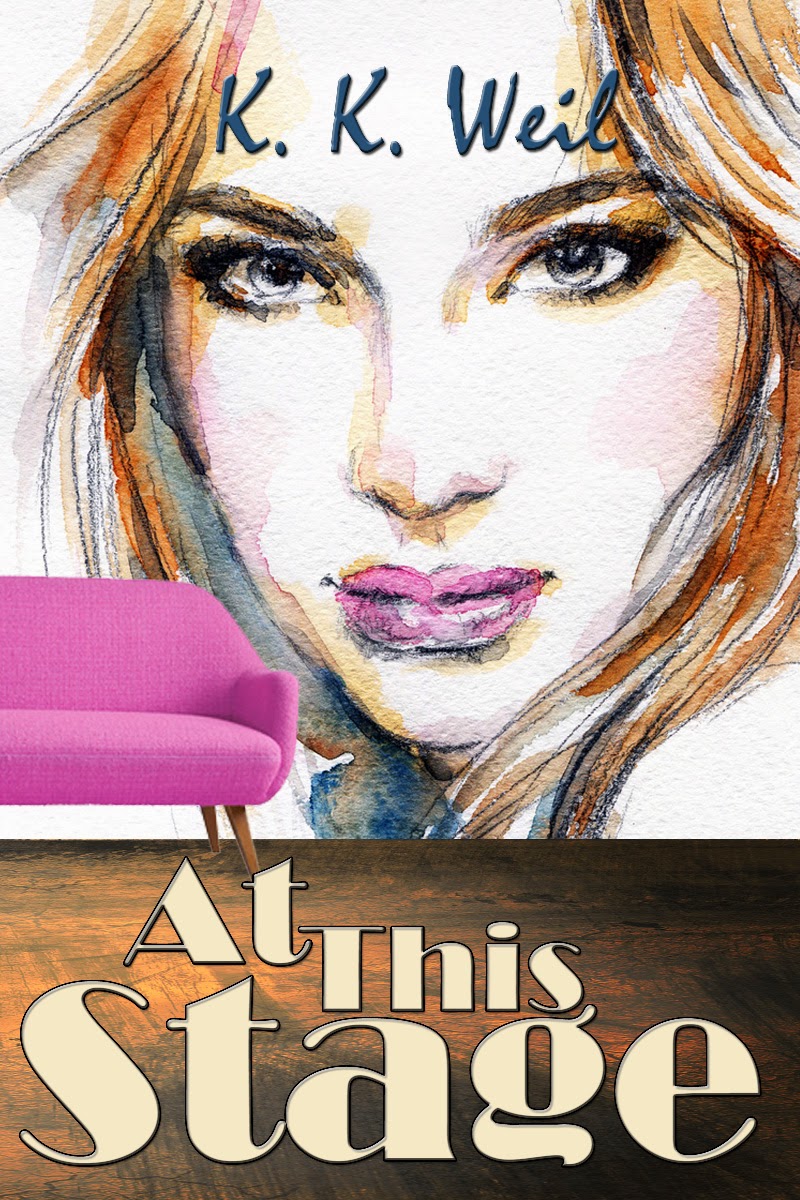 The attractive man sleeping on her couch was never like a father to her. That would’ve been much easier…

Outspoken seventeen-year-old Kaitlyn Fowler loses her mother, gets taken in by a gorgeous family friend, and discovers her mysterious biological father has always known she existed. All within a few months.

At twenty-three, Jackson Wall lives without a single obligation. That is, until the daughter of his late public relations manager and dear friend is threatened with foster care. Shocking even himself, the rising playwright volunteers to become her guardian. Eloquent and incredibly talented, Kaitlyn comes to mean more to Jackson than he ever imagined. Or wanted.

Jackson struggles with their friendship as it develops into something much more complex. While Kaitlyn can’t deny her feelings, she knows what will happen if she pushes him too far. As they search for Kaitlyn’s unknown father, she wonders if Jackson will reject her, too, or if she can convince him that something wrong to begin with can become right over time.

I'm riddled with anger. I go into my room and slam the door. As I’m stewing, I hear keys in the front door.

"Wine would be great." A woman's voice. My stomach sinks. Haven't I been tortured enough for one day? Wine glasses clink and I hear their Jackson’s voice but I can't make out what he’s saying. The woman giggles, right before Jackson's bedroom door opens, and then closes.

My face starts getting hot. How can he do this to me? A voice inside tells me I'm not being rational, but rational or not, this is killing me. I don't think I can feel any worse.

Until Jackson's bed starts creaking. And then that woman moans his name.

And that's when I lose it.

Everything inside me explodes. I pick up a textbook and fling it as hard as I can into my vanity. The mirror shatters into a million pieces all over my dresser and the floor. Immediately, the moaning and creaking stop.

"What the hell?!" Jackson yells.

Clothes rustle in the next room. My door flies open. Jackson's got no shirt on and his jeans are only half closed. The sight of him makes me both breathless and heartbroken at the same time. "Kate, are you okay?”

"Yeah." I croak. He looks at the broken bits of glass.

He says something to the woman. It's Charlie. The woman who was running her hand over his face at our opening. Bitch. She nods and leaves. Jackson gets a hand broom and dustpan. I kneel down to try to pick up some of the broken glass with my bare hands. Jackson kneels beside me.

"Don't touch it," he says gently, laying his hand over mine. "You might cut yourself." His hand sends an electric current straight into my chest. I'm staring at him, silently pleading with him to lock eyes with me. But he's looking down at the glass.

"What happened?" He breathes slowly. If I tell him why I'm upset, maybe he'll understand? Before I can, he speaks. "I didn't know you were here. If I'd known, I would have gone to the loft."

The loft. Air sucks out of my chest like I'm getting squeezed with a vice. I'm such an idiot. I assumed he wasn't dating because he never brought anyone here, but of course he's been dating all along.

He can't finish his thought because the most horrible laugh escapes from my mouth. "My mother? No."

The sound of my laugh forces his deep green eyes to meet with mine. He puts his hand up to my cheek and wipes away my tears with his thumb.

"Then what?" he whispers. I place my hand over his, tilting my head into them both. "Don't you know?" I whisper back. His eyes hold mine for a split second more before he sees the longing in my eyes. He blinks and his green eyes grow darker, look at the floor. He yanks his hand away and works frantically to clean up the glass.

"I'll vacuum this tomorrow," he says without looking at me. "Don't step over here until then." He pulls the door closed behind him as he leaves my room, taking the broken pieces of the mirror...and my heart...with him.

K.K. Weil grew up in Queens, a subway ride from New York’s theater district, which had her hooked early on a mix of major musicals and low-budget one-man shows. Weil, a graduate of N.Y.U. and former teacher, now enjoys writing her own dramas. She lives near the beach in New Jersey, where she is at work on her second novel.